By the late 1800’s M.G. Newell & Company moved to Elm Street, right in the middle of a very boisterous downtown Greensboro. At the turn of the century, Newell developed claustrophobia and his health dwindled due to the close confinement of the city.

In 1904, he sold the business to Petty-Reid Company, and he and his wife went on their way. The name, M.G. Newell, and its corner on the agricultural market remained the same as many continued traveling to town to secure their implements, bikes, harnesses and supplies. 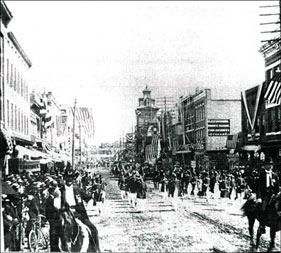